Is Frugal An Insult? What It Really Means To Be Frugal

Disclaimer: This post may contain affiliate links, meaning we will get a commission (at no cost to you) if you click through and make a purchase. Please read our affiliate disclosure for more information.
5 shares 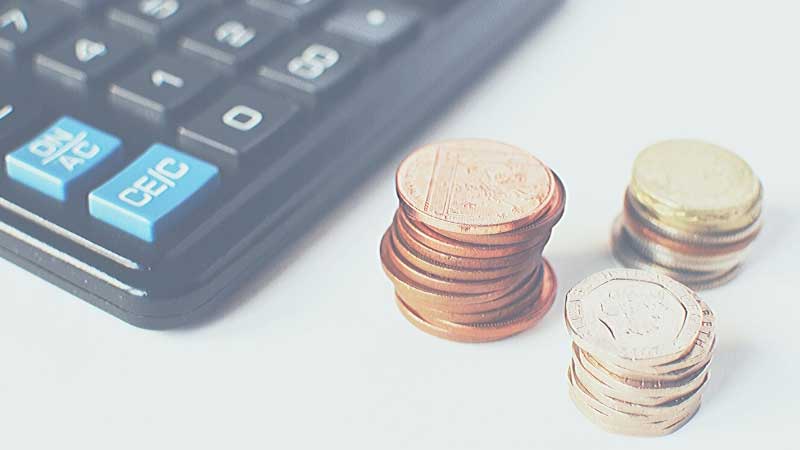 When you focus on living below your means, it’s inevitable that at some point, you will be called frugal. And depending on the context, it can feel a little abrasive, or even downright offensive. But there are a number of misconceptions about frugality. So, if somebody calls you frugal in an effort to hurt your feelings, the truth is, they lack the proper understanding of what frugality means. Still, you might be wondering, is frugal an insult?

Only when the word frugal is mistakenly used in place of the word cheap, should it be taken as an insult. Being cheap has a much more negative connotation, and is not something for which you should strive. But like I said, that would be a misuse of the term.

So, in an effort to clear things up, in this post we’re going to address what it really means to be frugal. 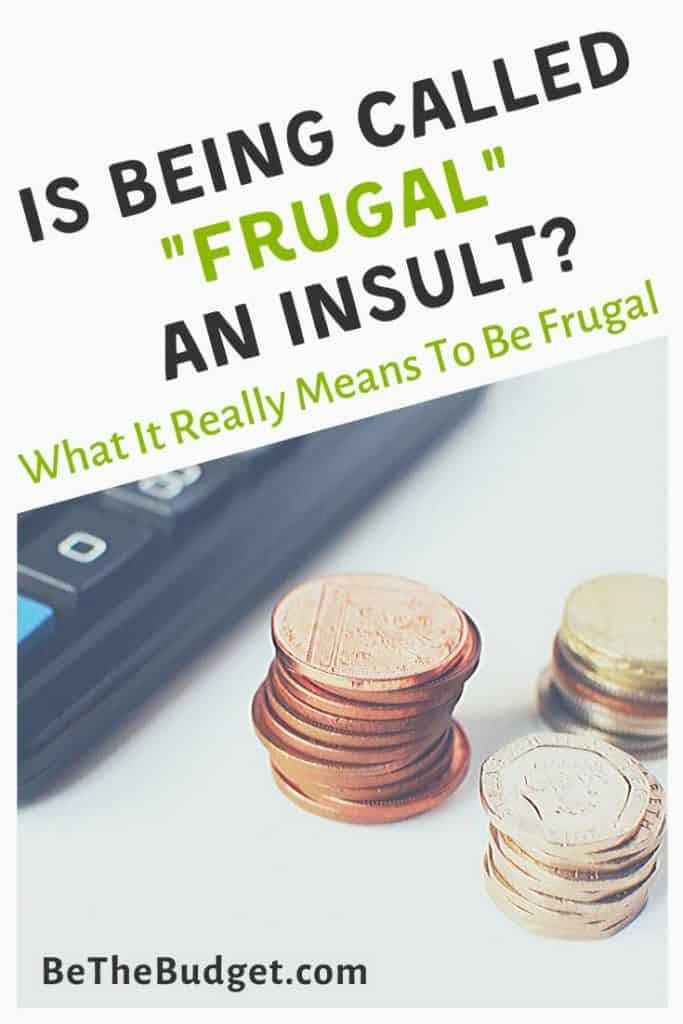 Frugal Does Not Mean Cheap

I mentioned this above, but there is a big difference between frugal and cheap. You see, frugal people understand that money itself isn’t the end goal. Rather they use money as a tool for generosity, security, and improving their financial health. They place more value on the well-being of people (others and themselves) than they do on material goods. And they know that the more money they can squeeze out of their financial habits, the more they can serve these purposes.

In contrast, people who are cheap, place more value on money than people. They cling to every penny as if it’s the last they will ever make, and are willing to sacrifice the financial situation of others in order to improve their own. They leave small tips, (or none at all), and lack generosity as a whole. As you’re reading this, you can probably think of a few people you would describe as cheap.

And while ‘cheap’ often disguises itself as ‘frugality’ (which is probably the source of the confusion), when it comes down to it, it’s easy to tell the difference between the two.

Truly frugal people don’t just scrimp and save without a reason. They set goals, and create a plan to achieve them. They spend time tracking their expenses, and work to improve their spending habits. From saving money, to spending on fun, frugal people adjust their lifestyle to fit their plan; not the other way around.

In fact, if you’re looking to live a more frugal lifestyle, here are a few things you can start doing.

Financial goals are the starting point for a frugal lifestyle. I mean, what’s the motivation to save money, if you aren’t saving it for a particular reason?

Live On A Budget

You had to know I was going to bring the conversation back to budgeting. This is Be The Budget after all. But seriously, budgeting is a key component of a frugal lifestyle. Honestly, if you want to achieve your financial goals, budgeting is the plan that will ensure you reach them.

P.S. If you want to dive into the budgeting deep end, I highly recommend you read two of our other posts: How To Make A Budget: 10 Simple Steps That Actually Work, and 50 Budgeting Tips To Improve Your Financial Life.

I’ve said it before, and I’ll say it again, planning your meals is one of the best ways to save money. I’ll admit that this isn’t my strong suit; but thankfully, my wife is incredible at it.

Honestly, there have been a few months when we set our food budget low, and she still comes in under budget. If you want to be frugal, meal planning is one of the most valuable ways to spend your time.

Give and Save Before You Spend

If the entire point of frugal living is to live generously and save more money, then you should move those two things to the top of your priority list. Now, this might seem a little backwards for some people, but it is one of the key pillars of living a frugal lifestyle.

For more on the subject of saving, be sure to read our posts: How To Save Money And Not Spend It (10 Simple Tips), and The Importance Of Saving Money: 15 Reasons to Start Saving.

Try To Beat Your Budget

One of my favorite parts of living a frugal lifestyle, is trying to beat our financial plan. Too often, budgeting and frugal living can feel like playing defense. So, in an effort to change our financial mindset, we try to beat our budget. This shifts our thinking into a positive, attack-style mindset, and makes budgeting a much more satisfying process.

Nothing like a little competition to spice-up the budgeting process.

As I mentioned earlier, one of the key aspects of frugality, is generosity. But generosity as part of a frugal lifestyle comes with a bit of a caveat. Rather than giving spontaneously, frugal people give consistently, as a part of their overall financial plan.

For example, if you want to give 25% of your income, that means you need to adjust your saving and spending to fit within the remaining 75%. But, if you have to go into credit card debt in order to make ends meet, you are giving too much. That might sound harsh, but it’s the truth.

Don’t hinder your future ability to give by giving beyond your means. Frugal people know their financial limits, and operate within those boundaries.

One of the many skills you develop while living a frugal lifestyle, is the ability and willingness to say no. I’m talking about saying no to others, as well as yourself. In fact, this is probably the most important characteristic of frugal people.

Frugal people know that by saying no to something right now, they are saying yes to something even better later on. They are willing to delay immediate pleasure for the sake of future financial gain.

Additionally, frugal people don’t easily give in to peer pressure. For example, if I know that I have $50 of fun money left to spend for the month, and my buddies want to play a round of golf that costs $75, I would be giving into peer pressure if I said yes. It’s a difficult decision, because I love to play golf and spend time with friends, but that extra $25 would blow my budget. So, the frugal decision would be to say no.

One of the most common misconceptions about frugal living is that it is boring. But that couldn’t be further from the truth. In my experience, and the experience of people close to me, frugality is liberating.

Yes, at times it might feel a little restrictive. But without frugality, my wife and I would still be in debt, struggling to make ends meet, and living beyond our means; all of which carried the added bonus of stress and anxiety. I don’t know about you, but I’ll take a frugal lifestyle over those things all day long.