Disclaimer: This post may contain affiliate links, meaning we will get a commission (at no cost to you) if you click through and make a purchase. Please read our affiliate disclosure for more information.
228 shares 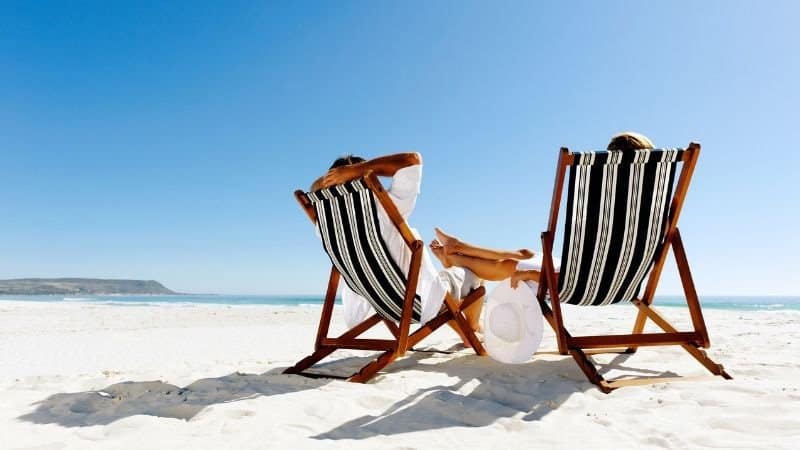 If you follow any personal finance blogs, or listen to any financial podcasts, you have probably heard the phrase financial independence retire early, (F.I.R.E.) thrown around a few times. And, while the name seems pretty self explanatory, if you haven’t ever looked into the FIRE movement, there’s probably a lot you don’t know about it.

To be honest, financial independence has been a buzz word for as long as I can remember. But with the influx of millennials into the professional world, and the addition of the two words, retire early, the FIRE movement has become one of the hottest subjects in personal finance right now.

So what is it, how does it work, and what are some key things you need to know about FIRE? This article is aimed to give you an in-depth look into the secrets of Financial Independence, Retire Early. And we will determine whether the FIRE movement is a worthy pursuit, or just a load of crap! Let’s get to it.

Oh, and let us know what you think in the comments! Just keep it civil.

What is Financial Independence Retire Early?

For a lot of people, the term retirement conjures up commercials of 55+ communities in Florida where residents drive around in golf carts all day and play shuffleboard at the clubhouse…not that there’s anything wrong with that. I love shuffleboard. And golf carts.

But, after reading countless blog posts, and watching hours of youtube videos by people who are working toward FIRE, here are the conclusions I have drawn.

FIRE is about working hard while also handling your money to build real wealth. It’s about taking a different–and smarter–path with money. It is about replacing the all-too-common financial struggles of debt and overspending, with the financial freedom to pursue your passions.

FIRE, unlike the traditional view on retirement, conjures up thoughts of adventure, passion, working remotely from a laptop, running your own business, and living a life free from debt. But true FIRE also requires self-discipline, sacrifice, and reigning in your spending habits. It means every dollar that passes through your bank account, has a purpose. And that purpose is freedom.

One of the biggest aspects of FIRE, is expense cutting, because the lower your expenses are, the lower your retirement savings has to be. Let me put it this way, if living off of 85% of your income and investing 15% will allow you to retire in 35 years, what if you changed that ratio to 50% expenses, 50% investment? Or maybe 30% expenses and 70% investment? Your retirement timeline would change dramatically, for two reasons.

So, what kind of savings and investments are recommended with FIRE? Well, from what I can see, just about every proponent of FIRE recommends three forms of saving and investing: an emergency fund, retirement accounts, and low-cost index funds. Let’s break down FIRE investing.

The only thing predictable about life, is that it is going to be unpredictable. So, if you want to retire early, you are going to need to have enough money to ride out any storms that come your way. Medical emergencies are going to happen. Family emergencies happen as well. Cars are notorious for requiring sudden unexpected expenses. This is why emergency funds are a common topic in FIRE.

From what I have seen, read, and heard, FIRE’ers (or whatever the noun is for someone that is working toward FIRE) like to have a beefy emergency fund of at least 6 months. Though, most of them have an entire year worth of expenses saved up. Additionally, they usually put their money into a money market, or savings account that earns an interest rate around 2%, and is secluded from their everyday checking account. The funds need to be available in case of emergency, but secluded enough to remain out-of-sight.

Retirement accounts are a big part of FIRE, even though they will be inaccessible until the traditional non-penalty retirement age of 59 and a half. And rightfully so, there is a large emphasis put on tax-free retirement accounts, like ROTH IRAs. However, traditional 401(K)s are also held in high regard. Oh, and if you get any kind of employer match, max it out!

If you are unfamiliar with low-cost index funds, they are essentially funds that mirror a particular index of the stock market. This means that whatever the market does (within that particular index), the fund will follow almost exactly.

The lack of buying and selling, lowers taxes for investors, and the nearly automatic management means they can keep expenses really low. This strategy has been one of the best options for investors since the inception of the first index fund, and it’s predictability is what makes it so appealing for the Financial Independence Retire Early movement.

One of the obvious commonalities among all the people I researched that are working toward FIRE, was an emphasis on multiple income streams. And honestly, I found a very large trend in regard to passive income. They were all putting in the work to build something that would continue to make them money for a long time in the future.

Whether they were running a blog that was generating passive monthly income, working multiple jobs, or running a side hustle of some kind, they all had multiple income streams.

They may want to retire early, so they don’t have to work a 9-5 job for the rest of their lives, but I can promise you they were almost all working more than 40 hours per week. Then again, they all were very passionate about what they were doing, so ‘work’ might not be the right word.

The Rules Of Fire

When it comes to the Financial Independence Retire Early movement, there are two very prominent rules discussed. One is the ‘Multiply By 25 Rule’ and the other is the ‘4% Rule’. These rules, after lots of research, are the basis for all of FIRE. Let’s dive in.

The Multiply By 25 Rule

This is the rule used to determine the minimum amount of money you need to pile up in investments before you can retire. Though, I would call this more of a guideline. The guideline states that in order to retire, you need to have 25 times your annual expenses in retirement savings. For example, if your annual expenses were $40,000, you would need to have a total of $1,050,000 in retirement investments.

The 4% Rule is a drawdown rule based on a study conducted by a group of professors at Trinity University. The study was aptly named, The Trinity Study. It tested the rate of success in retirement portfolios with different allocations of stocks and bonds, at different rates of withdrawal over the course of 30 years. What it determined, was that at a withdrawal rate of 4% or less (based on the balance of the account in the first year of withdrawal) in retirement there is almost no chance of failure in stock dominant portfolios.

Now, from what I have read about this study, it does not account for additional income (other than interest) being added to retirement during the withdrawal period. What do I mean? Well, if you retired and never contributed another penny to your stock-dominant retirement portfolio, and lived within the 4% rule, it would be very unlikely that you would exhaust your retirement savings in 30 years. So, if you were ‘retired’ but still earning some sort of income–passive or active–your chances of draining your retirement are even lower. The study also assumes an unchanging annual expense rate, with the exception of adjustments for inflation.

As with anything, there are pros and cons, lovers and haters, proponents and detractors. And the FIRE movement is no exception.

So what are some problems with the FIRE movement? In my opinion, there are a few.

After researching the FIRE movement, I have determined that the ‘retire early’ portion of the name is a bit misleading. In all honesty, the people I see pursuing FIRE probably work more hours than the average 40 hour week. In fact, FIRE, itself, is often their side hustle. Whether they are blogging, filming YouTube videos, or working an extra job, these people have a stronger work ethic than most. This is why I think they should consider renaming the movement to Financial Independence, Live Purposefully. (Though, I don’t think F.I.L.P. would do as well as F.I.R.E. from a branding perspective.)

If someone were to retire early and never work another day in their life, the FIRE movement assumes a consistent annual expense rate. The problem with this, is it does not leave much room for large expenses like healthcare, college, vacations, and long-term medical expenses. Though, I have a feeling that most people that achieve FIRE, will continue to contribute to retirement. After all, adding to retirement is like an addiction. Once you start seeing the awesome results, it’s hard to stop.

On the flip side, I see a lot of benefits to the FIRE movement. For starters, the principles of FIRE align well with a lot of the things we believe here at BeTheBudget. For instance, getting out of debt, living frugally and adventurously, saving for retirement, building wealth, and making sure, each day, you are taking steps that move you closer to your financial dreams. I really do believe that as long as the motivations are good and honest, the FIRE movement has a lot of merit.

If the FIRE movement gets more people out of debt, and to a place where they don’t feel restricted by money all the time, I’m all for it. If FIRE helps people to stop spending money on things that don’t matter, and in turn, use their money to give generously and build a financial legacy for their children and grandchildren, count me in.

The FIRE movement is a new approach to financial management. It requires solid money management, emphasis on saving and investing, expense cutting, and discipline. It also requires a lot of hard work. So to answer the question I posed at the beginning of this post about whether or not the FIRE movement is a worthy pursuit, or a load of crap?

As long as the purpose of FIRE is to work hard and build wealth so that you can pursue a life of passion and work that excites you, I think it is a very worthy pursuit.

As for the “Rules of FIRE”, I would suggest using those as your minimum goal-setting guidelines for retirement. They are a good start, but I wouldn’t base your hard-earned retirement on them.

Also, I don’t believe people should work hard so they can, one day, stop working altogether. Work is good for the soul, and it gives purpose to our lives. So, if that is the goal of FIRE, then I am out. Luckily, I haven’t found any evidence that that’s the case.

Finally, is BeTheBudget going to turn into a FIRE blog? No. But we are a FILP blog. (Financial Independence, Live Purposefully)

No? Maybe one day it will catch on… Just remember that the FILP movement started here!

Blogs You Should Check Out

If you want to learn more about FIRE, or just personal finance, in general, check out these blogs. They will teach you everything you need to know. Plus, they are all extremely entertaining.